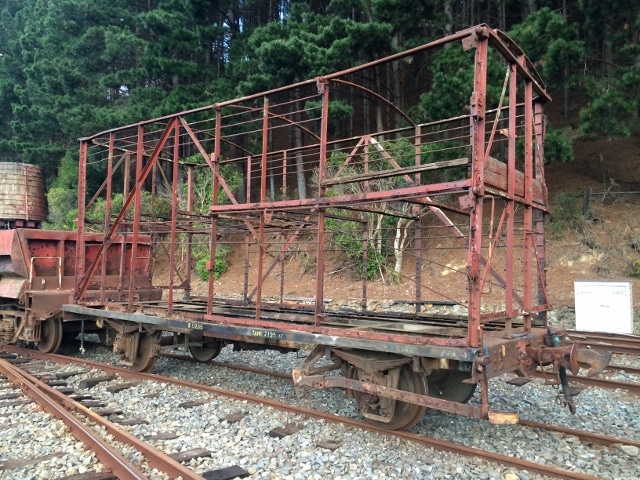 This wagon is made up from parts of Jc5502 (underframe) and Jc5353 (crate). Jc5353 was built in the 1950’s at Otahuhu workshops in Auckland. It was purchased by SSR in 1979 and came to the railway shortly after. After being damaged in a derailment it was put to one side with an uncertain future. Jc5502 was also built at Otahuhu in the 1950s and after its sheep carrying career was over it became a lube oil wagon for the rail ferries. After the Arahura was retired the wagon became surplus and was purchased by SSR in 2016. The underframe was combined with the crate from Jc5353 and is now stored in our future display shed for future restoration.