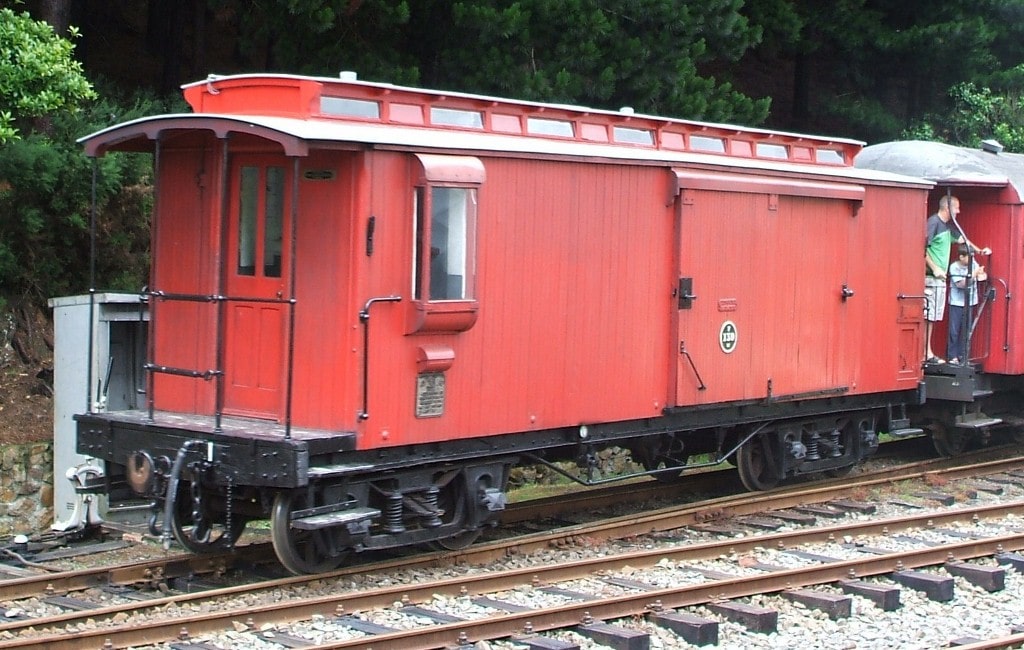 F139 was built at the East Town workshops in Wanganui in 1891 and is a 30ft Clerestory roof guards van. Of 13 similar vans built, 139 is now the sole survivor. The body of a similar van (that has a longer clerestory section) survives at MOTAT in Auckland.

F139 was based in the North Island for its entire life before it was withdrawn from active service in 1966 and was put to use as a sand store at the Wellington locomotive depot. Later, 139 was moved to storage at the Hutt workshops pending possible use on the Kingston Flyer, when it was spotted by SSR members. Purchased and moved initially to the Seaview site it was moved by road to SSR in the 1980’s were it sat for another 10 years before a mammoth restoration effort. This was completed in 1997 and was the winner of the annual rolling stock restoration award from the Federation of Rail Organisations of New Zealand (FRONZ) that year. It has been used on passenger trains during operating days from 1997 and also on railfans day at the tail end of goods trains untill withdrawn due to poor condition in 2009.

In late 2012 work to return the van to service was commenced. This work has included the overhaul of both bogies, new headstocks and underframe repairs, new side doors and still requires a new roof, and new wall framing and cladding to complete. When finished F139 will be out shopped in Pullman Green and appear as close as possible to how it would have looked between 1916 and 1927.