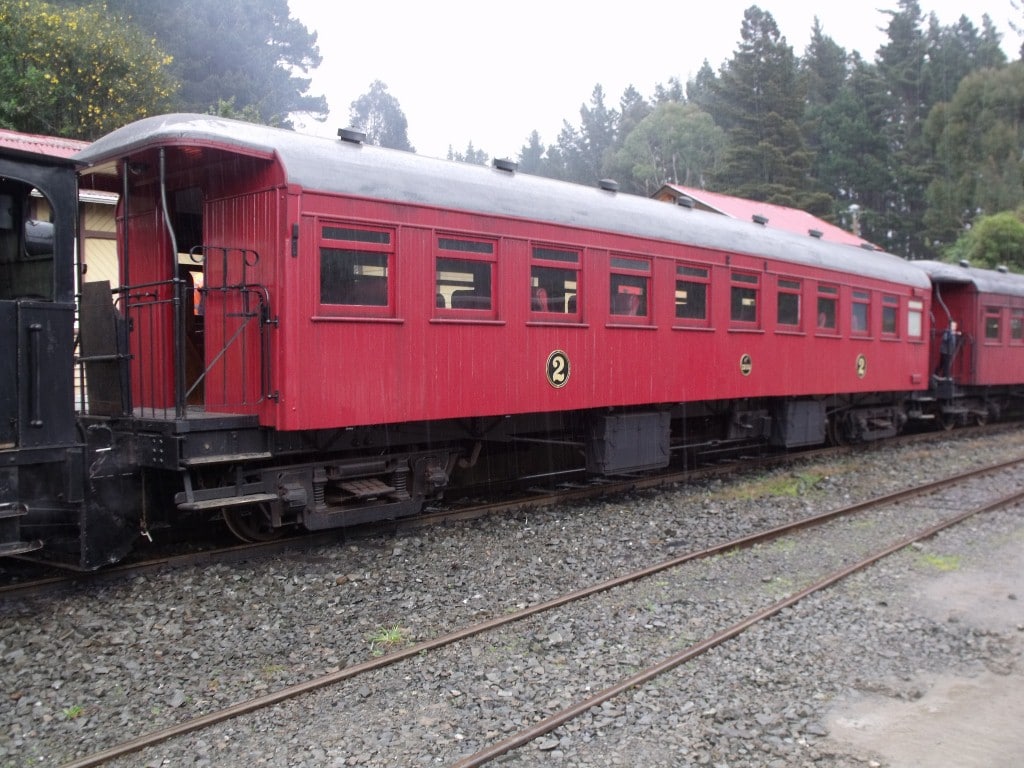 Aa1235 was built in 1912 in the Petone Workshops in Wellington as a wide body 50′ car mainly for use on the North Island Main Trunk Railway. Originally built with a centre toilet it was rebuilt to its present form in 1922 with a end toilet and seating for 46 passengers. In 1235’s later life it was used on Suburban trains around Wellington and was withdrawn in 1975. After some negotiations 1235 (along with Aa1266 which was later scrapped)  was donated to SSR by the Minister of Railways.

Originally taken to the Seaview site 1235 became the first passenger carriage moved to SSR in the early 1980’s joining L4246 as a passenger carrying vehicle behind L509 . After a number of years of service 1235 was stored before being moved into the workshop for what was thought to be simple roof repairs. It turned into a major overhaul that saw both sidewalls completely renewed, both end walls had major repairs, new end sections of the underframe, new interior linings, seats completely rebuilt with new coverings, new pressed metal ceiling, and new outer roof timber and covering. 1235 was reintroduced to service in November 2008 and is now in regular service.