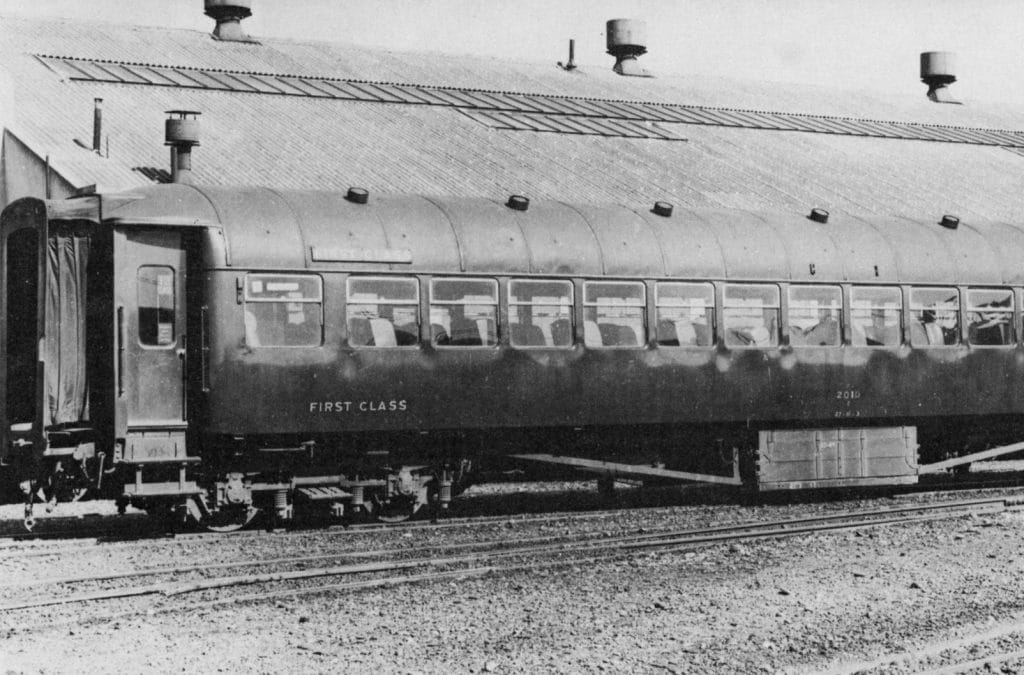 A2010 was built in the Addinton workshops in Christchurch in 1943 being a 56′ steel clad,  timber framed Carriage which was originally built as Ambulance car. These had a sterilising room in one end , bunks for 20 paitents and large doors and the oppisite end to the sterilising room for loading and unloading the stretchers. In 1948 2010 was converted to single compartment first class car  with seating for 32 passengers.

This type of carriage was until recently still in revenue service with Kiwi Rail having been altered many times. Of all the 56ft cars preserved ,2010 is one of the few that retain the original windows. Most of the others having been retro fitted with “super vent” bus type or large panorama windows.

A2010 was withdrawn from service in 1975 and stored for a period at Marton awaiting scrapping when it was purchased by SSR member Keith Magnussen and moved to Seaview and used on open days. There steam heating equipment was very welcome during winter time.  2010 was later moved on the “big move” train to SSR in 1984.

A2010 was used during filming of a documentary about the Tangiwai railway disaster in 2003. After decades of outdoor storage 2010 was placed undercover in our storage shed to wait its turn in the dry for restoration.