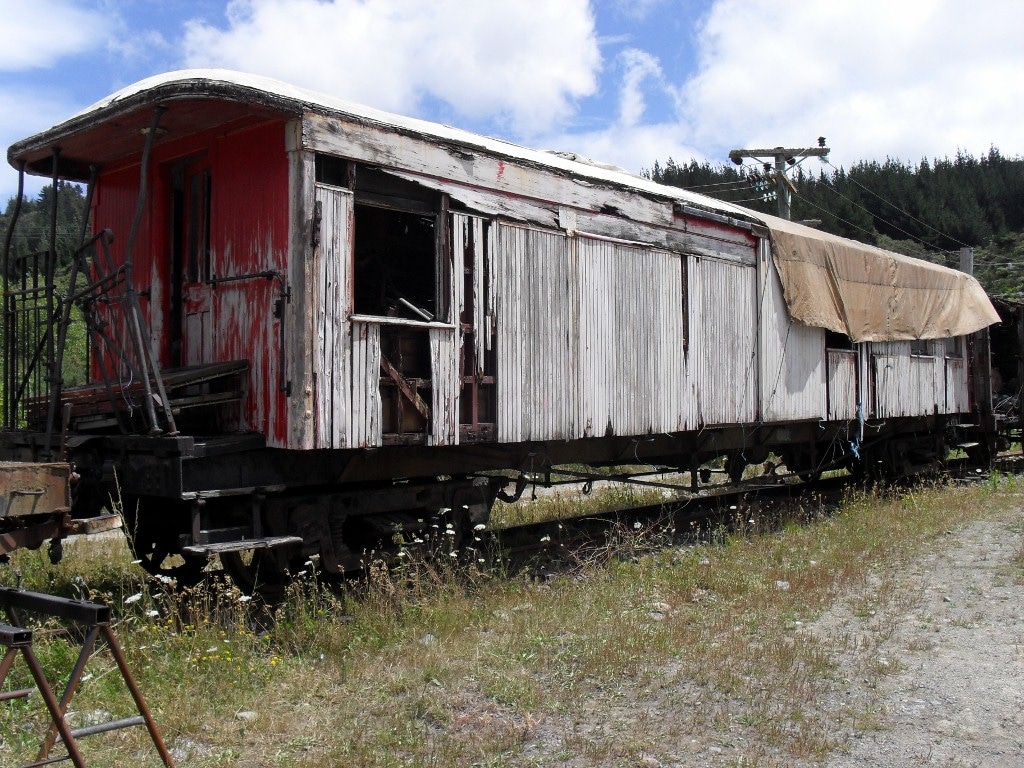 A1448 was built in 1915 at the Newmarket Workshops in Auckland  as a 47’6″ long,  high capacity surburban carriage with seating for 72 passengers and was based in Auckland for most of its working life. In 1970 it was converted for Way and Works service and Classified Ea3872. This conversion consisted of removing all the seats, blanking some of the windows and installing 2 large sliding doors. In this guise it was used by the Thermit Welding Gang in Wellington untill it was Purchased by SSR member Keith Magnussen in the late 1970’s.

1448 was initially stored at the Seaview site before moving to the SSR site in 1984. Here it was cosmetically patched up and was used for a short period as a book store. It is now used for storing carriage seat frames. A1448 was moved into the Silverstream storage shed in Janurary 2011.