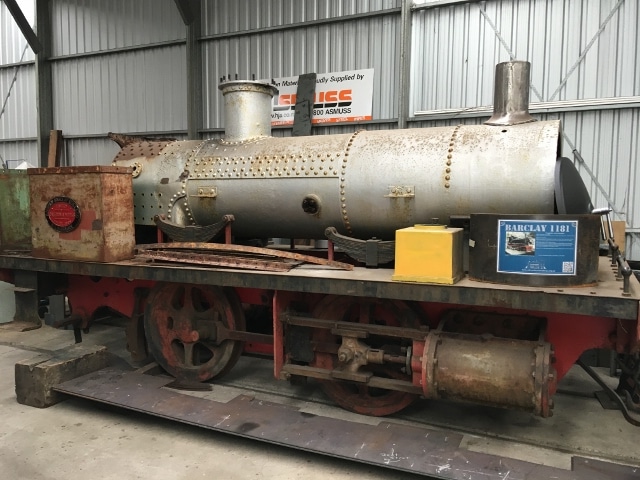 Barclay 1181 was built in Scotland in 1909 for the Wellington Meat Export Company Ngauranga freezing works. It was used to shunt wagons from the NZR sidings up into the works. 1181 was in use until c1963 when serious boiler trouble saw it withdrawn from servie. 1181 was aquired by preservationist Len Southward who moved the loco to his factory in Seaview. In 1981 1181 was gifted to Steam Incorporated and stored at the Paekakareki depot. In1996 a group of Steam Inc’s younger members nicknamed the Barclay Boys commenced work on a project to evantually return the loco to operation. The loco was stripped down and worn parts refurbished. The project came to a halt in the early 2000s when the Barclay Boys moved on to bigger projects or away from the region. After many years of formal and informal negotiations, 1181 was purchased by a SSR member and family and moved to SSR in September 2012. Some work has been undertaken since the loco arrived at SSR, with the new cab and coal bunkers under construction, a new firebox has been delivered after manufacture in the UK, and many other smaller componants either designed or machined.

Progress can be followed on a deditated Facebook page: Barclay1181restoration