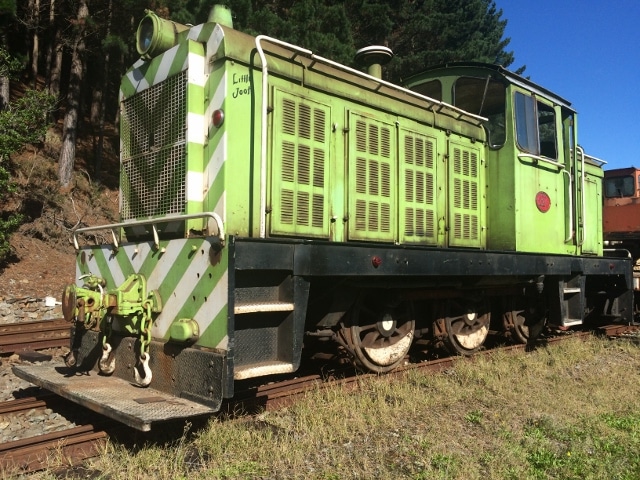 Built in 1968 by A and G Price in Thames #221 is a 0-6-0 diesel hydraulic shunting locomotive. 221 was built for use at the New Zealand Steel mill at Glenbrook south of Auckland. Powered originally by a Catapillar D343 engine it is now powered by a Rolls Royce/Perkins C8-TCA. Used at the steel mill up until 2000, a damaged final drive saw the locomotive withdrawn from service.

221 was originally offered to the Glenbrook Vintage Railway however they did not want it and in turn it was offered to Silver Stream Railway. Moved by road to the railway, it was unloaded with the help of our Ransomes and Rapier steam crane. A replacement final drive part was fitted and the loco was returned to active duty.

221 is currently employed on everything from shunting duties to work trains.