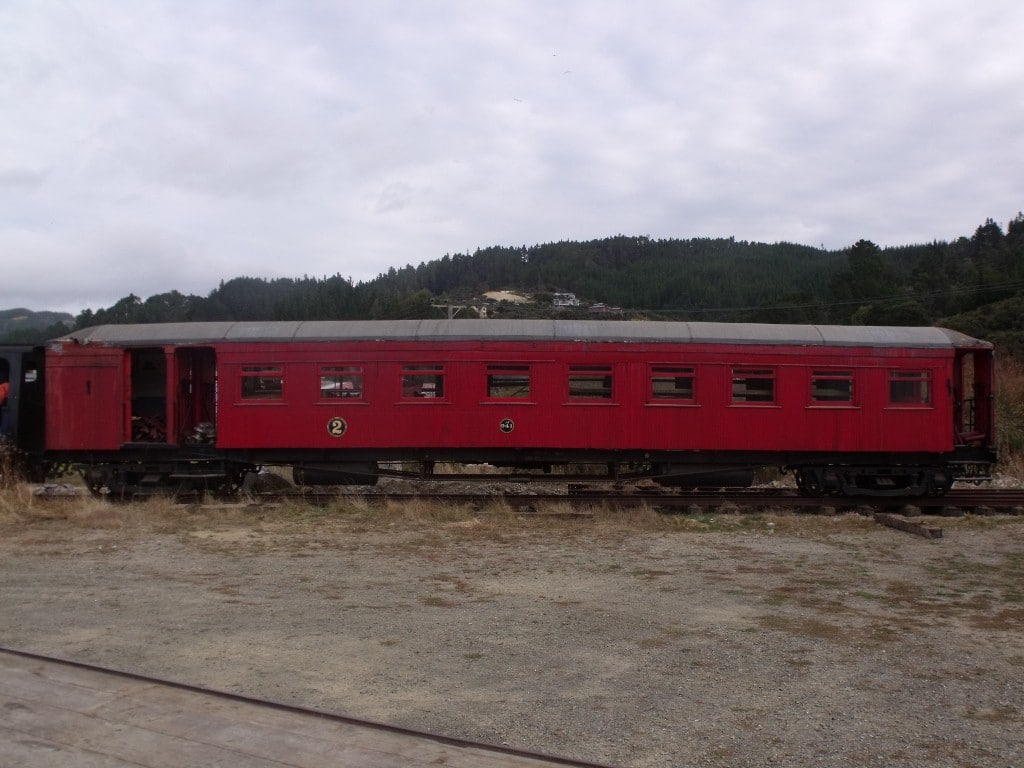 Af941 was built in the Petone workshops in Wellington in 1906 the first in a group of 5 60′ carvans. It had seating in two compartments for 72 passengers and a large guards compartment at one end and had a closed in balcony on the other end. 941 was  originally used between Wellington and Upper Hutt behind a small D class locomotive as a fore runner to the self propelled railcar. Of all the carriages in the SSR collection this is the most historically important to the Hutt Valley. Af941 was based in Wellington all its life. One of its last jobs for NZR was when it was used to check the tunnel clearances for the new Silver Star cars. The long wheel base made it idea for this purpose. It was later stored in Marton awaiting scrapping when its plight was discovered. After a number of letters to New Zealand Railways expressing our interest in saving the car, 941 was purchased and moved to the Seaview site in the early 1970s where it was used behind Ka935 on a number of occasions.

During its time at Seaview, Af941 had its biggest claim to fame when it was used as the set for the filming of the Cadbury Crunchie bar tv ad, one of the longest running tv ads of all time. A common myth is that filming took place on the Kingston Flyer, however a close study off the ad will reveal that it was indeed Af941 that was the set and the brief view of the Kingston Flyer was taken from the National Film Unit production A Train for Christmas. As part of the Big Move, 941 was moved to the Silverstream Site in 1984 and used up until the 2003 when it was withdrawn for rebuilding. Time had caught up with the bodywork. The project of rebuilding 941 never got past the stripping down stage and it is currently stored in our storage shed.