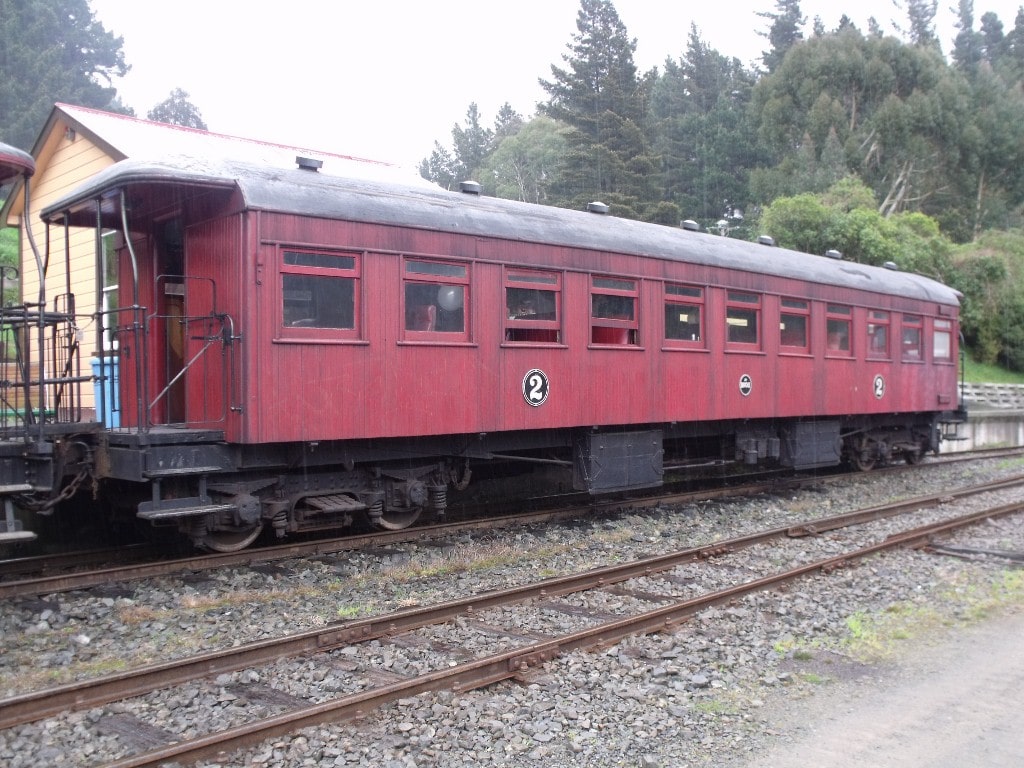 Aa1601 was built in 1925 at the Newmarket Workshops in Auckland originally as a 1st class car. 1601 is similar to Aa1235 being a 50′ wide body car just with a few slight differences most notably the seats and bogies, 1601 being fitted with the later style of flip over scarret seating and BP 25140 bogies. Based in Auckland for its working life 1601 was stored for a couple of years before being purchased by SSR and moved to the Seaview site before it was leased by Steam Incorporated in Paekakariki from 1982 till 1997.

Steam Inc restored 1601 to mainline certified condition and it traveled in both the North and South Islands over the period of the lease. 1601 was returned by road to SSR in 1997 and has been in service on Sunday and Charter trains since then.