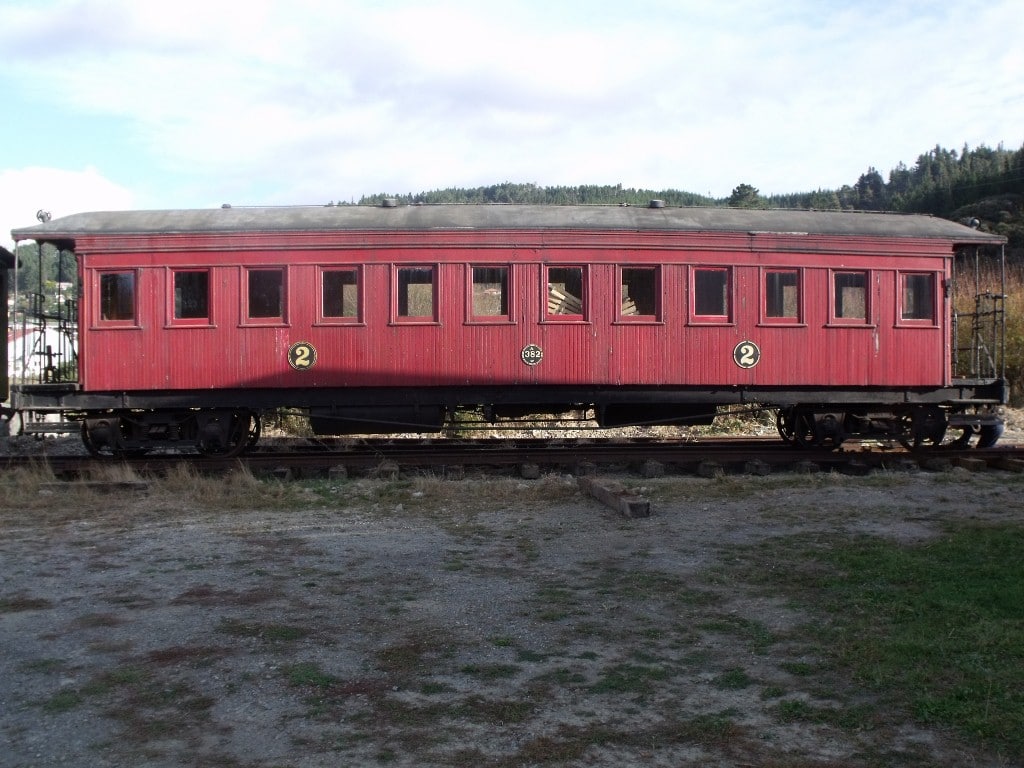 A382 was built in 1900 in the Petone Workshops in Wellington. Originally built as a straight passenger car with longitudinal seating for 36 passengers, 382 was converted in 1911 to a Af Carvan, meaning that one end had a small guards compartment built into it. It was also fitted with sliding doors on either side at the guard end. 382 remained in this form for the rest of its life with NZR.

In 1955 A382 became Ea2935 and was used in non revenue Way and Works service until 1975 when it was purchased by SSR and was subsequently restored in the early 1990s back to its original form. It is currently awaiting some underframe and Bogie repairs.