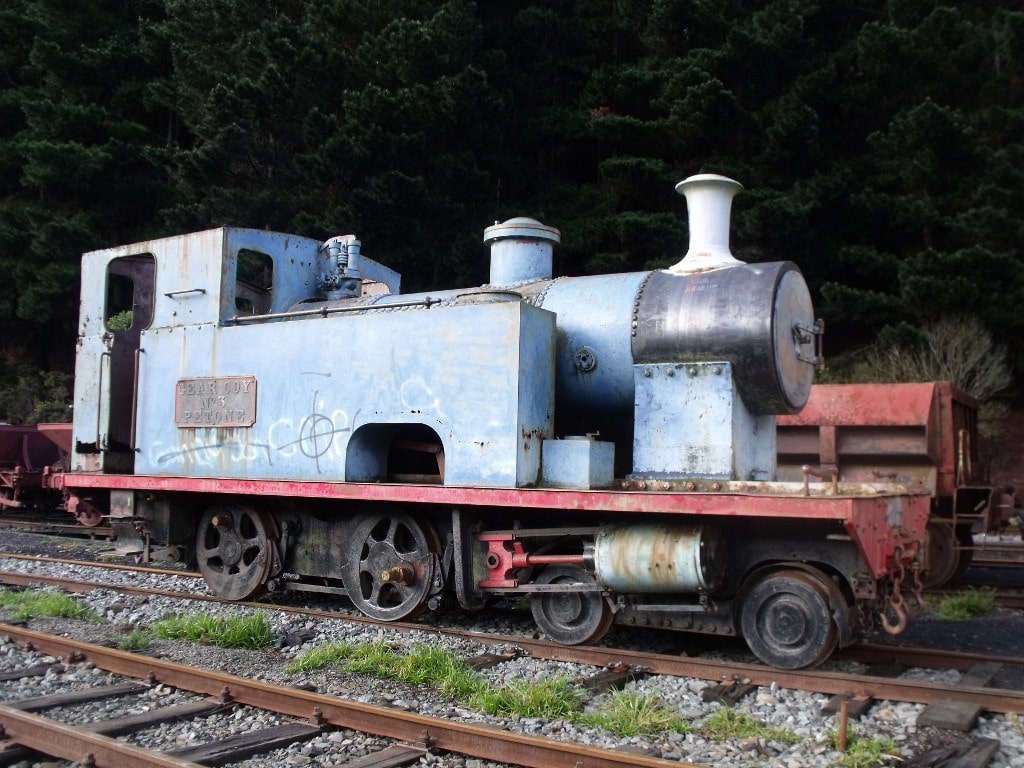 This locomotive was built by the firm of Andrew Barclay, Sons and Company of Kilmarnock, Scotland in 1913 maker’s number 1335. It was ordered by the Gear Meat Company of Petone who had an extensive railway network at the Freezing works near the foreshore in Petone. 1335 is an 4-4-0 tank locomotive that weighted 26 tons in working order. The 4-4-0 wheel arrangement was not overly common in New Zealand and 1335 is understood to have been one of only two industrial locomotive with this wheel arrangement. Both have been preserved.

The locomotive was used to shunt the sidings of the works, goods mainly being livestock in and frozen meat out. Evidence suggests that the boiler was condemned in 1946 but was rumored to be in service till 1954, after which it was then understood to have been striped for an overhaul but this never progressed past the stripping stage and 1335 lay in pieces at the works for many years.

Later in the mid 1960s the local Jaycees took on the task of piecing the locomotive back together and was then placed in Avalon Park in 1965. There 1335 stood, played on by countless children until 1989 when the locomotive was gifted to Silver Stream Railway by the Hutt City Council and placed on display at the main entrance to our site.

1335 has received a few coats of paint over the years but over than that has remained in the condition it was when in first moved into Avalon Park. Time has taken its toll on the metal work of the locomotive, along with changing attitudes of members who would rather see the locomotive under cover and maybe one day back in steam. To prepare the locomotive for its move inside the gates the inside motion work was removed and the brakes freed up. After not turning a wheel for over 45 years, 1335 was pushed up and down its short lenth of track with ease. The following weekend it was winched onto a road transporter for a short journey to a temporary ramp that had been constructed for the move.

Following laying of track into our storage building at the Silverstream end of our site the locomotive is now housed under cover until man power and finance is available for a restoration.