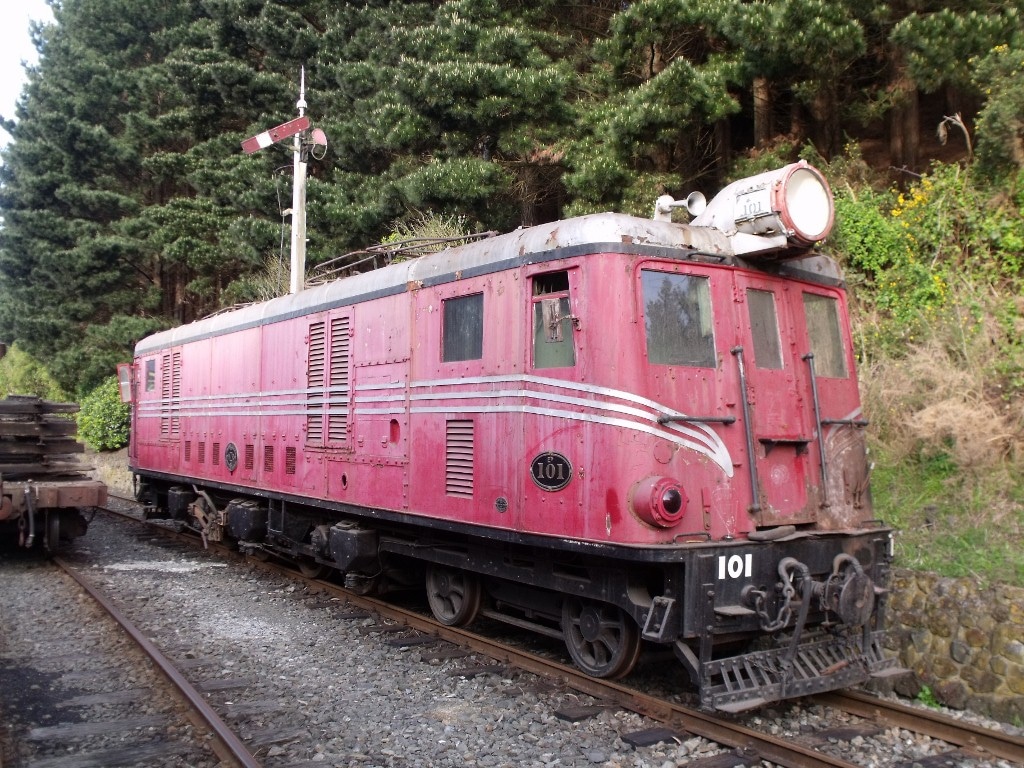 Ed101 was assembled by the English Electric Company in Preston , England in 1937, makers number 3886 and entered service with New Zealand Railways in May 1938.Ed101 was used for suburban passenger trains and local goods trains around Wellington. After being withdrawn in 1981 Ed101 was moved to the railway in May 1984.