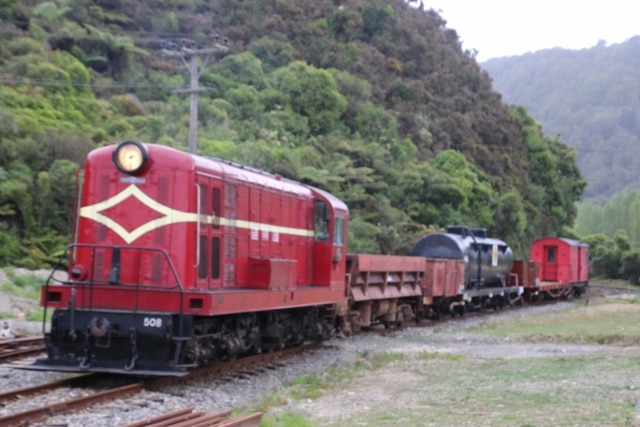 De508 was built by the English Electric Company in Preston , England in 1951, makers number 1746 and entered service with New Zealand Railways in 1952. The locomotive is powered by an English Electric 6SRKT 6 cylinder turbocharged diesel engine which produces 660 Hp which drives through a generator to 4 traction motors (2 per bogie).

De508 was used for shunting work and suburban passenger trains mainly around Wellington and in later years around Invercargil and Bluff. After being the last of its class withdrawn, De508 became part of the New Zealand Railways heritage fleet and was based at the locomotive depot in Wellington. When this fleet was disbanded it was moved by road to Silver Stream Railway in 2003.

We mainly use the locomotive during the dry summer months when we are unable to use steam locomotives due to the fire risk, during special Diesel Days and for heavy shunting work.