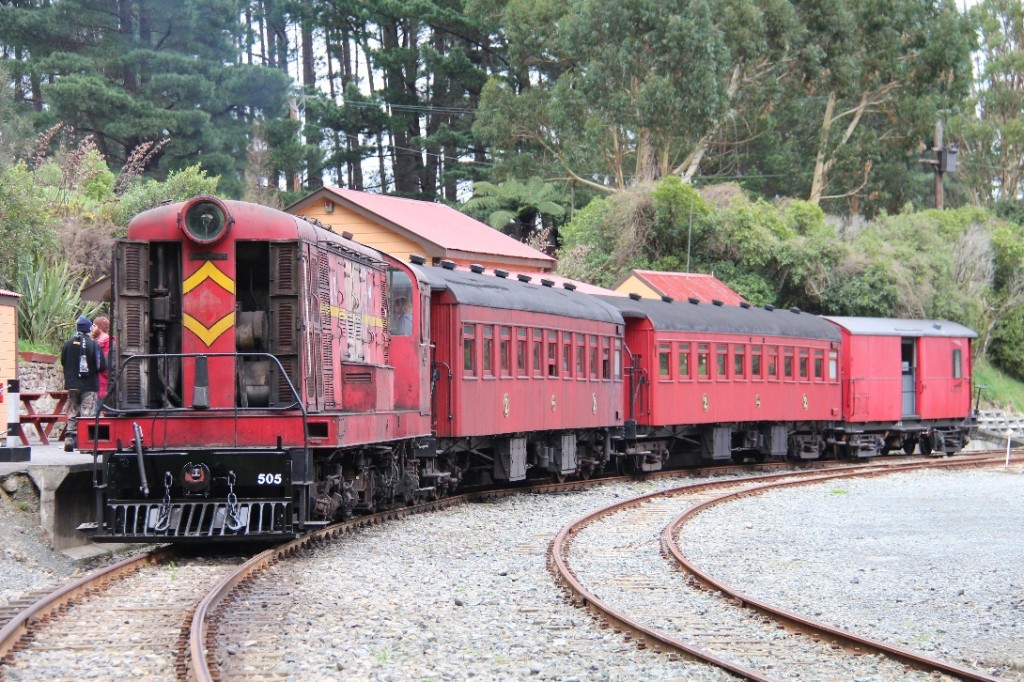 This locomotive was one of 15 of a class that were the first Diesel Electric locomotives to run in New Zealand. A diesel electric is a locomotive that uses a diesel motor to turn a generator which produces electricity to power electric motors that turn the wheels. Built in 1952 our locomotive first entered service in Wellington before moving to Auckland a few years later.

The Loco was mainly used on goods train shunting but they were also used on suburban trains in both Wellington and Auckland. It returned back to Wellington later in is life and was the first of its class to be withdrawn in 1984. The reason for its withdrawal was that the insulation on the low voltage wiring, used to control the operating circuits, was breaking down causing short circuits. The locomotive was purchased using funds raised from members of Silver Stream Railway for $1400 and delivered to the railway 2 days later with a full tank of diesel. Over the following years the wiring problems continued to plague the loco and it was withdrawn from service in 2007. Over the next few years members replaced around 250 meters of old wiring and several components that were damaged by the short circuiting. Once fitted with a new set of batteries De505 re-entered service and has been much more reliable since. The locomotive still wears the paint from its last major overhaul that was carried out in Dunedin in 1972. Work has been undertaken in recent times to tidy up the body work to prepare it for an eventual repaint. As part of Silver Stream Railway’s Royal Train Special in January 2014, a set of cowcatchers fabricated by members to the original drawings were fitted. De505 is the only loco of the 7 of its type preserved to be fitted with these after the originals were removed in the 1960’s. The locomotive is used on passenger trains during periods of dry weather which precludes the use of a steam locomotive due to fire risk, or on our special Diesel Day Sundays.