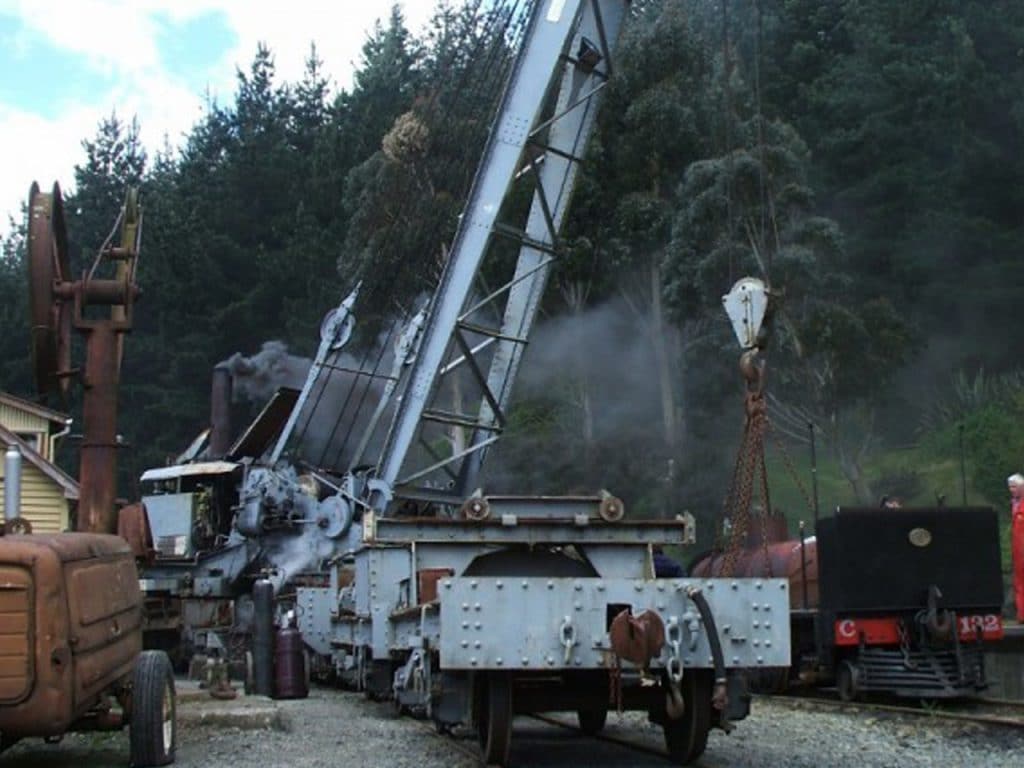 Ransomes and Rapier steam crane number 124 was built around 1946. It was understood to have originally been built for a metre gauge railway in Africa who later cancelled their order. The crane was then advertised for sale world wide as war surplus. New Zealand Railways purchased the crane the same year but it was not put into service until 1948. The delay after purchase is rumoured to have been the time taken to regauge the crane to 3ft 6in. Originally based at Frankton , 124 was used mainly on Way and Works service i.e. lifting track sets, bridges etc. It was unique among NZR cranes in that it has 2 four wheel wagons as its runner wagons. Normally one bogie wagon was used. One of these wagons carries a spare goods wagon bogie and the other carries lifting chains and has the jib support and hook cradle. These are used when the crane is travelling.

Later in its life 124 was transferred to Wanganui, before it was moved to the Hutt Workshops for an overhaul in the mid 80s. During this overhaul the axle bearings on the crane were changed to package roller bearings and the boiler received some major repairs. After completion the crane saw very little service and was stored initially at Wanganui, then Taumarunui and later Hutt Workshops. It was acquired by Silver Stream Railway in 1997 and moved by road to the Silverstream Site on the 23rd of February of that year. After an extensive check and replacement of some missing fittings 124 was placed into service at SSR.

Used for a number of important tasks since, including the erection of the upper quadrant semaphore gantry signal, 124 have also proved very useful in locomotive restoration work.

Currently the crane is stored in our workshop awaiting the work required to return it to operation. This requires the boiler to be completely striped and the remainder of the crane and runner wagons require corrosion repairs and repainting.